CBN News
FORMER SATANIST WARNS CHRISTIANS NOT TO CELEBRATE HALLOWEEN: “I was a general to the kingdom of darkness in witchcraft.” – John Ramirez Full story here: http://go.cbn.com/28823

Music in this video

Kingdom Days In An Evil Age

An extraordinary story about Johanna’s involvement in the occult and how she learned to distinguish between the beautiful side of evil and the true way of the Lord. 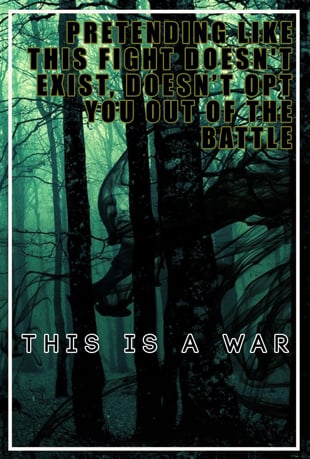 Watch THIS IS A WAR on VIMEO, from Director of Detestable Thomas Dunn…

From the exposure of modern day “Christian Occultism” and demonic attacks, to overcoming past abuse and breaking secret oaths: THIS IS A WAR introduces you to a cast of individuals who come from all walks of life. Join former criminals and drug addicts as they reveal their scars and share their stories. Journey from the trenches of the “war for life” in our nation’s capitol to the studio solace of a hip hop artist in the California desert with many stops along the way.

Derek Gilbert, Johanna Michaelsen, J. Brett Prince, Jeremiah Dirt, and others give their personal accounts of engaging in spiritual warfare.

Healing and Deliverance Meetings in Phoenix and LiveStreaming at http://HardcoreChristianity.com Every Friday and Sunday @ 6:30 PM MST with Michael W. Smith and those who believe with signs following! Come with your burdens! Go with Jesus love & joy! The House of Healing Free Counseling for Christians 1095 E. Indian School Road, Suite 301 P.O. Box 72347 Phoenix, AZ 85050 RADIO SHOWS: 1280 AM Monday – Friday at 7:00 AM in Phoenix! 1010 AM Monday – Friday at 7:30 AM in Arizona! 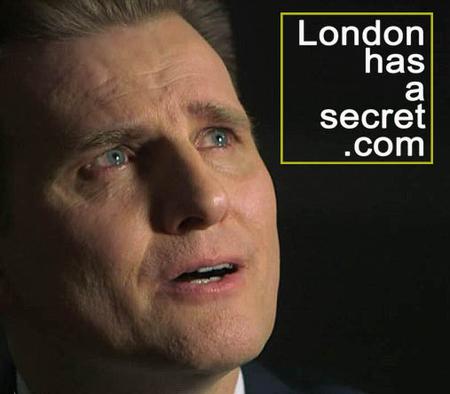 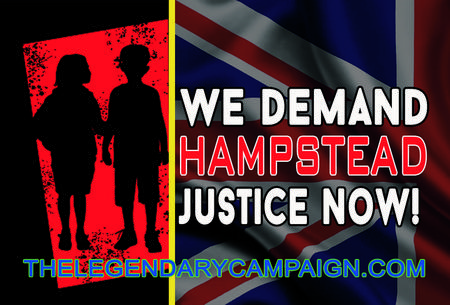 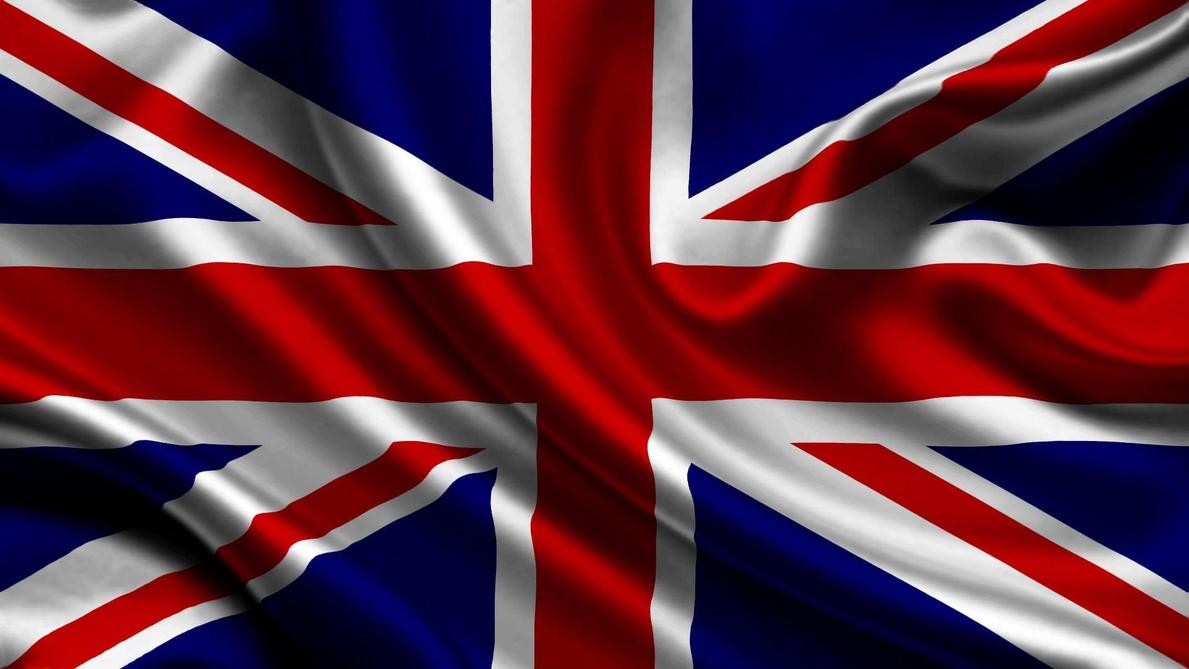 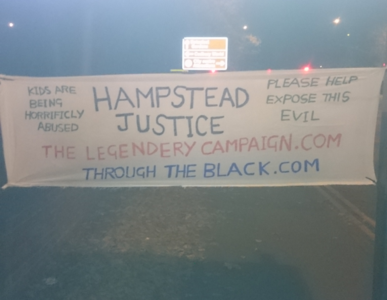 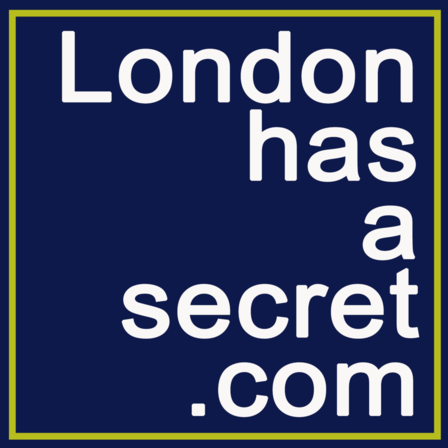 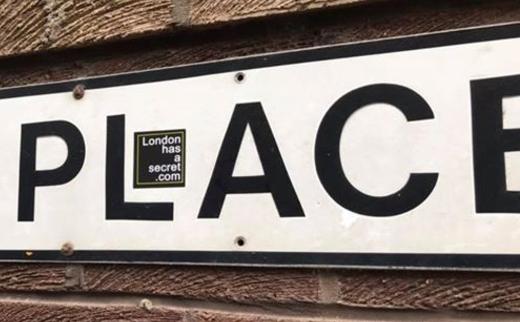 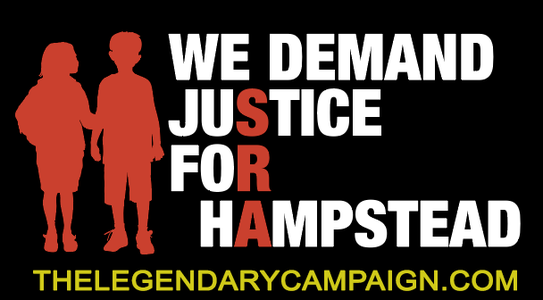 In 2014, a leaked video depicted two young children, explaining in detail the horrific abuse that they had been exposed to at Hampstead Christ Church Primary School in London England. Scenes of satanic rituals, sexual abuse, infant murder and cannibalism were described in vivid detail by the children, causing the video to become viral.

Among the alleged perpetrators was the children’s biological father, Ricky Dearman, as well as a number of staff members and parents of children at the school. Despite the severity of the case, an adequate investigation into the children’s claims was never carried out.

The media and local police seemed to work together to carry out a cover-up and turn the tables on the children’s Mother(Ella Draper) who reported the crimes.  After accusing Draper of helping the children fabricate the story she fled the country to avoid arrest and prosecution. Ella has since taken a professional polygraph test and found to been telling the truth.

There has been an information blackout in the UK.  Anyone who tries to expose the truth of this case is threatened with fines and jail time.

Since out activist friends across the pond have been stifled, the Legendary Campaign is taking advantage of our Constitutionally protected free speech to make as much noise about this injustice as we can.

We invite you to join this grassroots effort to shine a light into the darkness of ritual abuse and the injustice of the Hampstead cover-up.

Click the image BELOW to Get a Copy of David Arthur’s Powerful Testimony in his book REFINED: Life Through Homosexuality, Transgenderism and Beyond

THIS IS A WAR

John 3:16 “For God so loved the world, that He gave His only begotten Son, that whosoever believeth in Him should not perish, but have everlasting life.” Help is only a prayer away. Remember, You are not over! Cry out to JESUS, the Son of God Almighty.

Order YOUR COPY of the latest life changing film by the Director of Detestable Thomas Dunn!

26 A new heart also will I give you, and a new spirit will I put within you: and I will take away the stony heart out of your flesh, and I will give you an heart of flesh.

27 And I will put my spirit within you, and cause you to walk in my statutes, and ye shall keep my judgments, and do them.

Father God, in the Name of Jesus, we lift up all babies, boys, girls, men and women who are involved or being used in the adult entertainment industry and sex slavery. Human trafficking. Satanic Ritual Abuse. We ask You to please infiltrate the enemies camp and remove spiritual hostages. Convict people that are going to porn sites, drag shows, strip clubs, night clubs and bars. Cancel all assignments and plans of ritual abuse to shatter the human soul for the purposes of the kingdom of darkness.  Set the captives free TONIGHT JESUS, so that they don’t have to spend another second in a CAGE whether literal or spiritual. Intervene, oh God, and expose the darkness. Put an end to this madness. In The Name of Jesus, Amen.

the Devil’s got a secret

For supernatural healing by The Power of The Holy Spirit, call Brother Reggie. Glory to God!

Glory to God! 2018 was prophesied to be the best year ever for me, the year of Breakthrough, and it was! 2019 is getting more exciting day by day! Ephesians 3:20 ♥ ♥ ♥ Check it out, people! (THIS has been MY Experience thanks to JESUS) Isaiah 61:1-8 King James Version (KJV) 1 The Spirit of the Lord God is upon me; because the Lord hath anointed me to preach good tidings unto the meek; he hath sent me to bind up the brokenhearted, to proclaim liberty to the captives, and the opening of the prison to them that are bound; 2 To proclaim the acceptable year of the Lord, and the day of vengeance of our God; to comfort all that mourn; 3 To appoint unto them that mourn in Zion, to give unto them beauty for ashes, the oil of joy for mourning, the garment of praise for the spirit of heaviness; that they might be called trees of righteousness, the planting of the Lord, that he might be glorified. 4 And they shall build the old wastes, they shall raise up the former desolations, and they shall repair the waste cities, the desolations of many generations. 5 And strangers shall stand and feed your flocks, and the sons of the alien shall be your plowmen and your vinedressers. 6 But ye shall be named the Priests of the Lord: men shall call you the Ministers of our God: ye shall eat the riches of the Gentiles, and in their glory shall ye boast yourselves. 7 For your shame ye shall have double; and for confusion they shall rejoice in their portion: therefore in their land they shall possess the double: everlasting joy shall be unto them. 8 For I the Lord love judgment, I hate robbery for burnt offering; and I will direct their work in truth, and I will make an everlasting covenant with them. ♥ ♥ ♥ ♥ ♥ Thanks to the Divine Intervention of my Heavenly Father (Who came through when everything fell apart) My life bears witness of the miraculous Power of The Lord Jesus Christ! :D I have been delivered of multiple psychiatric drugs, LIES, and I've experienced supernatural healing in both my soul and body by The Power of The Holy Spirit of God! I have never been more FREE or happier in life than I am right now thanks to JESUS! This FREEDOM is for EVERYONE! God is surely on the move! Amen! :) I set out to college in 2003, majoring in psychology because I always wanted to heal with words. In spring of 2004, my world was shaken and forever changed with an unexpected "manic episode". That's not what it really was though. The TRUTH sets people free. The Bipolar diagnosis brought along a handful of hospitalizations, routine maintenance Cognitive Behavioral therapy, and medications. Because of the obstacles that followed, I found myself at the foot of The Cross, where true healing begins. Turns out this whole thing is a spiritual battle. Mental illnesses (and physical diseases, even cancer) are really demonic and can be cast out in the Name of Jesus if you are born again! It's called Deliverance Ministry. There is inner healing for the human soul provided for by The God of The Bible for all mankind. I have been truly liberated in such a great way by The Hand of God Himself. God can and WILL restore ANYTHING (Joel 2). My breakthrough did NOT come from a church building or a Pastor. My breakthrough came directly from The Throne Room when I sincerely sought The Face of God in my bedroom or "prayer closet." Updated testimony coming soon.

“If the Son therefore shall make you free, ye shall be free indeed.” John 8:36 KJV